My personal story of Focusing and its development in Israel

My personal story of Focusing and its development in Israel 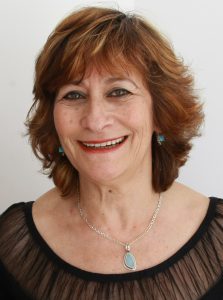 I am a Focusing Oriented clinical psychologist for the past 30 years specializing in relationships between couples, family members and most importantly the relationship between a person’s conscious mind and his body wisdom experiences.  I feel privileged and passionate to accompany other human beings on their life journey exploring with them sacred places in their souls and how to anchor them in their lives.

Focusing has become a way of living for me. It has been an inseparable process in my professional and day-to-day life. It has nourished my life’s journey in good and bad times.

Moreover, Focusing has carried me through stormy waters with a deep knowledge and a trust within that I am supported by my life intelligence and an inner wisdom that carries me forward.

Today after almost 25 years with this process, I experience myself as a freer human being who continues to explore life with an open heart and full of empathy and compassion for others and myself.

I first heard about Focusing when I started therapy with Eugene Gendlin after the sudden death of my father in 1985.  I was touched deeply by his unique way of listening – the way he took pauses during the session to “really get what I was saying”.

For the first time in my life I experienced a feeling of “coming home to myself.”  I remember a moment of feeling lost inside when Eugene said: “Let us sit here quietly with this place of sadness inside you. Give it some space so it can breath…” As I followed his invitation, I felt a calmness and silence within that was carried forward with a wave of renewed energy that started at the pit of my stomach and travelled throughout my body.   It felt like a miracle that happened naturally even though I was in a deep mourning process.

I was a licensed clinical psychologist with a private practice when I entered my first weeklong workshop in the Chicago Focusing Center.  That week I was so taken by the many breakthroughs and insights I witnessed in myself and other participants that occurred naturally with the Focusing process that I decided then to become a trainer.

I had the privilege to be trained by Eugene Gendlin, Mary McGuire who started the International Focusing Institute and Janet Klein who taught me Interactive Focusing.  I became part of the Focusing International Team and vision of spreading Focusing around the world, which I have been doing passionately ever since.

At the same time I became a member of a group under the leadership of Dr. Vesavada, an Indian and Jungian psychologist who combined in his teachings the wisdoms of the East and West.  I was with his group for 12 years and his teachings have opened me to the realm of the spirit. He was a good friend of Eugene Gendlin and I recall many enchanted breakfasts and lunches with them both discussing life.  Dr. Vesavada urged me and other Focusers to spread Focusing around the globe because he felt it was one of the most important human processes that people need to know about and practice in their daily living. I hold both of them in my heart as my mentors in my teaching Focusing in Israel and around the world.  Another important mentor and dear friend is Mary Gendlin. We would often Focus both in person and on the phone long distance on personal and other issues about the world focusing community she cared so much about.

For three years I joined the functional team that started the Focusing Summer School in New York.  Later on I also joined the International team for the Focusing Oriented Therapy Conference.  These activities supported and nurtured my continued interest of spreading Focusing.

Upon my return to Israel in 2000, together with my sister Bilha Frolinger, we co-founded the first Focusing Institute in Israel.

We started to teach groups, train trainers and over the years we certified six coordinators. In 2007 we organized an International Focusing Conference that included a post conference of Focusing with a group of Palestinians to hold an open “Focusing oriented discussion”.  Even without any Focusing training, the participants experienced deep listening that created a close relationship among the participants that went beyond politics. This post conference proved that Focusing can support a human dialogue in conflicted areas such as Israel and other places.

Bilha and I have been teaching Focusing to professionals and paraprofessionals all over Israel in many different settings.  For example: for the past five years we have been teaching in the Israeli National Educational Psychologists Conference and in the Israeli Clinical Psychologists Conference, teaching social workers and psychologists in major Israeli hospitals, introducing focusing principles to municipality departments in different cities and teaching mindful focusing to groups of psychologists who are responsible for early education in nurseries and kindergartens.

Over the years many coordinators from around the world have traveled to Israel to teach their different Focusing models such as: Anne Weiser Cornell who taught Inner Relationship Focusing and certified a few new Israeli coordinators, and others who taught Whole Body Focusing, Children Focusing, Process Model, TAE and more.  Nowadays, we have 15 coordinators and more than 1000 members listed.  Each year in May we celebrate the Israeli focusing National day.  We call it a Spring Festival and it is a not-for-profit that is based on sharing information among coordinators and focusing trainers in Israel.

The Israeli focusing community is characterized by enthusiasm, creativity, thinking outside the box and creating new connections between Focusing and variety fields of Interests.

A few words about my latest project: Kol-Be

Living in Israel has been challenging to say the least.  The national safety issues and continued war episodes activate intense survival issues. Nevertheless, Israelis live life to its fullest potential and they thrive daily to be present and create a vibrant, creative life. It is under these circumstances that I started to explore ways to find an interactive tool that would allow the process of Focusing happen naturally, allowing the inner movements and shifts to occur. In 2011, I was introduced to an abstract figure that Etty Katz, an artist and a body psychotherapist has been using for 25 years for cognitive and emotional troubled children. I introduced the Focusing process onto it and my dream came true. I have witnessed natural shift happening in most natural and nonverbal way.

This is an abstract human figure that holds neither gender nor human characteristics that I named:  KOL-BE- a Hebrew word for the voice within me and stands for the meaning- everything that is within me. KOL·BE acts as a mirror, creating a non-verbal interaction between the implicit inner experience and the person engaged with it. It enables the experience to be visually and concretely expressed as something separate. It can be observed and witnessed from various distances, offering new perspective and information.

It is a simple and powerful therapeutic tool for use with individuals, couples, parents, families and groups on which one can express inner emotions and sensations.  In a simple and effective way, KOL·BE enables people to connect to themselves, to bypass obstacles and barriers and to expand and to heal.