History and development of Focusing in Italy

History and development of Focusing in Italy 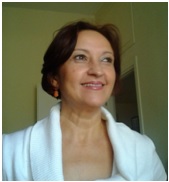 The history of Focusing in Italy begins in January 2000 . After four years of living in Argentina, I returned to live in Rome and started working to spread Focusing in my country of origin, where it was still unknown.

The first step was the creation of the web page www.focusing.it  and the publication the Italian edition of “Focusing” by Gendlin. The book and the web page were essential tools in order to give impetus to the spread of Focusing movement not only in Rome but throughout Italy.

Psychologists, Counselors, but also midwives, nurses, body workers and the general public began to show interest  and to discover  Focusing.

To these first steps followed years of traveling in different cities of Italy, from north to south of the country, invited by various associations and training institutions for presentations and courses.

In 2003 I founded in Rome, together my colleague Olga Pasquini, the Association “Serendipità”, which was soon transformed into a center of training and integration of Focusing with other practices, especially in bodywork. The same year the Association started hosting the monthly meetings of the Changes groups.

In those years was fundamental the encouragement and support I received from Mary Hendricks-Gendlin, from Atsmaout Perlstein, Israel, and Dorothea Damrath, Germany, and from many other colleagues coordinators met at international conferences.

In 2004 I became Coordinator and this allowed a further step towards the insertion of Focusing in Italy, with the training of trainers who have actively begun to create new programs and training centers in different cities and contexts.

In the following years the Italian editions of other books were published: “The Power of Focusing” by Ann Weiser Cornell, “Biospirituality” by Campbell and Mac Mahon, “Focusing with Children” by Marta Stappert and “Focusing oriented Psychotherapy” by Gendlin. Each of these publications has been a new impetus to let Focusing rich a wider audience and new areas.

At the same time many articles have been translated and published in www.focusing.it and in the several web pages of new Italian trainers and coordinators.

Currently, in 2016, there are in Italy 8 coordinators and 80 trainers who carry out various training programs and are developing original experiences of integration, for example with body work, meditation, artistic expression, spirituality, music, children and adolescents education, Non Violent Communication, Coaching, etc … ..

Many workshops and residential meetings have taken place in these 16 years of history of Focusing in Italy. The international  retreat  “Meeting at the edge – Focusing in Body Oriented Practices ” was held on the island of Ischia, in the Bay of Naples in 2007. It was an innovative and challenging experience, in which 47 participants, from Italy, USA, Belgium, Switzerland, Germany, Ireland, Greece, France, the Netherlands and Costa Rica,  have experimented, created and shared ideas, hypotheses and Focusing integration projects in numerous and different body-oriented practices.

Well-known international coordinators have brought their teaching to Italy, as Ann Weiser Cornell from the United States, Barbara McGavin from Britain, Robert Lee from the US, Nada Lou from Canada, and Renè Veugelers from The Netherlands.

A group of Roman trainers have organized near Rome two residential meetings named “Superchanges”, in 2011 and 2012, with the aim of creating a space in which Focusing practitioners and trainers should meet to share their experiences and projects.

The coordinator Germana Ponte, along with Bruna Blandino and Luisa Toriggia, organized in 2013 and 2014 meetings called “Scambi” in Abano Terme, near Padua. In 2014 the participants were 85 and there are already 85 registered for the meeting of 2016 in which will also participate Catherine Torpey, the Executive Director of The Focusing  Institute.

There are many active people in Focusing in different areas and in different Italian cities and many other activities and initiatives have been and will be developed.