Focusing in the Netherlands

Focusing in the Netherlands 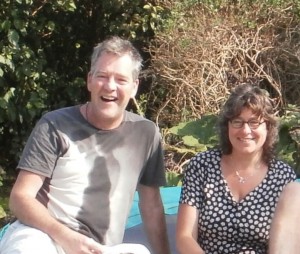 The Focusing Oriented Psychotherapy was in the beginning the main stream in the Netherlands, organized in a group for consultation and spreading FOT out. Among them, Ada Herpst, René Maas, Nini de Graaf, Ton Coffeng and Bart Santen.  Since about 1985 Erna de Bruin en Marta Stapert, and a little bit later Christine Langeveld, joined a changes group in Amsterdam, initiated by Ada Herpst. Ada came fresh from Chicago, where she studied for 3 months with Gene Gendlin, Mary Mc Quire and Janet Klein. Later Mary Armstrong from Canada, Reva Bernstein (Focusing and Dreams) and Ann Weiser Cornell came to the Netherlands to give workshops.  In 1993  started Erna and Christine with the first focusing courses. Following a conference in Pforzheim in 1997, Erna de Bruyn, Mia leijssen and Christine Langeveld decided to form a group for the Netherlands and Belgium. After some small steps and group meetings they organized the first Focusing day for 42 people in April 2000, with Focusing colleagues from the Netherlands and Belgium, who were already connected with TFI. This was the start of the Focusing Network in the Netherlands and Belgium.

Over the years they have developed a solid structure for this network with a quarterly news letter containing all kinds of information about trainings possibilities, new subjects, Focusing development in the world and personal interviews with supporting information. The network also organized a yearly Focusing network day starting in November 2000 and so last year we celebrated our 12th anniversary. These meetings are especially important for maintaining a living connection and active sharing possibilities that helps to keep the Focusing attitude and skills base alive.

Since 2003 they also created an up to date website: www.focussen.info  Network members pay a yearly fee and are able to promote their trainings. Over the past few years the CC have trained many new Focusers: about 75 new Focusing Trainers-one-to-one Practioner  and about 35 new Focusing trainers group.  We’re now in a real transition to a younger generation and as a result the network structure has changed with Belgian focusers now having their own network: Focusing Vlaanderen

In the Netherlands there are now 5 CC: Marion van de Boogaard, Aaffien de Vries, Erna de Bruyn, Christine Langeveld and René veugelers. Also 3 CC in training: Ria ten Hage, Aukje Strandstra en Harriet Teeuw. They all have monthly phone meeting and are organize bi-annual supportive training days for professionals and trainees. They are developing new ways to offer Focusing to therapists and professionals and are also in transition.

Marta Stapert, being a child psychotherapist, started since 1987 to integrate Focusing in her child therapies at a school for children with learning and social-emotional disabilities.  Being in Chicago for the training to become a Focusing trainer, she saw a Japanese video of ‘Clearing a space in the classroom’ in 1993 and subsequently began introducing Focusing to her teacher colleagues in the Netherlands. She developed a program for teachers to use Focusing in the classroom and on how to teach Focusing to children in a group. During the International Focusing Conference in Gloucester (near Boston) in 1996, the first workshop centered on ‘Clearing a space in a group of children through drawing’, took place. During lunchtime in this conference the children focusers came together around a table in the corner of the room. The ‘Children Focusing Corner’ had just been born.

They are developing new programs, writing articles and offering the 60 hour international Children Focusing training developed by Marta and Ynse Stapert. Harriet and René are also offering this training in the Netherlands in English (July/August ) and René travels all over the world to train others in this unique seriously playful attitude including the FISS in August in New York for the past few years.

He will also be teaching at the 8th Children Focusing conference in Ireland / Dublin in 2014.  See our website www.eistchildrenfocusing2014.ie for details. The effort of organizing such a conference is, however, a substantial job as it is an important meeting-point to present and exchange ideas and experiences so that Focusing with children can develop further and gain a more influential role out there with the intention of creating a better world for children.

For more questions about Focusing or Children Focusing in the Netherlands or training possibilities don’t hesitate to contact René or look at his English website: www.ftcz.nl