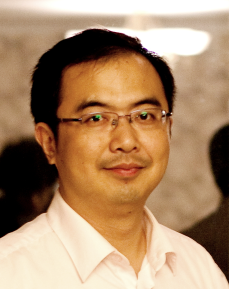 Through more than ten years efforts to explore, Focusing and Focusing-orientation Therapy is acknowledged by therapists in China.

In 2000, a chapter introducing Focusing was found in the Chinese version of Theories of Psychotherapy and Counseling: Concepts Case (Sharf, 2000). This was the first time for Chinese therapists to know about the word Focusing in Chinese reference. In 2002, Han Yan, a Chinese Australian psychologist, introduced about Focusing-oriented therapy in his thesis Construction of an Integrated Psychotherapy Model. In 2004, Xu Jun compiled Focusing-oriented Therapy Introduction. Through those resources, the therapists from mainland of China gradually approach to Focusing and some of them attempt to use this technique consciously during their therapy process.

In 2006, an American Buddhist psychology Michael PhD and his translator Wang Yifu from China proactively contacted The Focusing Institute (TFI). After the draft translation version of Focusing being finished, they collaborated with Xu Jun to publish its final Chinese version in May of 2009.

So far by January of 2013, in China mainland, there have been 1 trainer and coordinator, 26 Focusing-oriented therapist certificate holders and more than 70 participants being trained for a systematical training, let alone more than 1000 participants being trained at least the basic level. The amount is increasing every year. Meanwhile, there have been 2 trainers and several candidates in Hongkong of China.